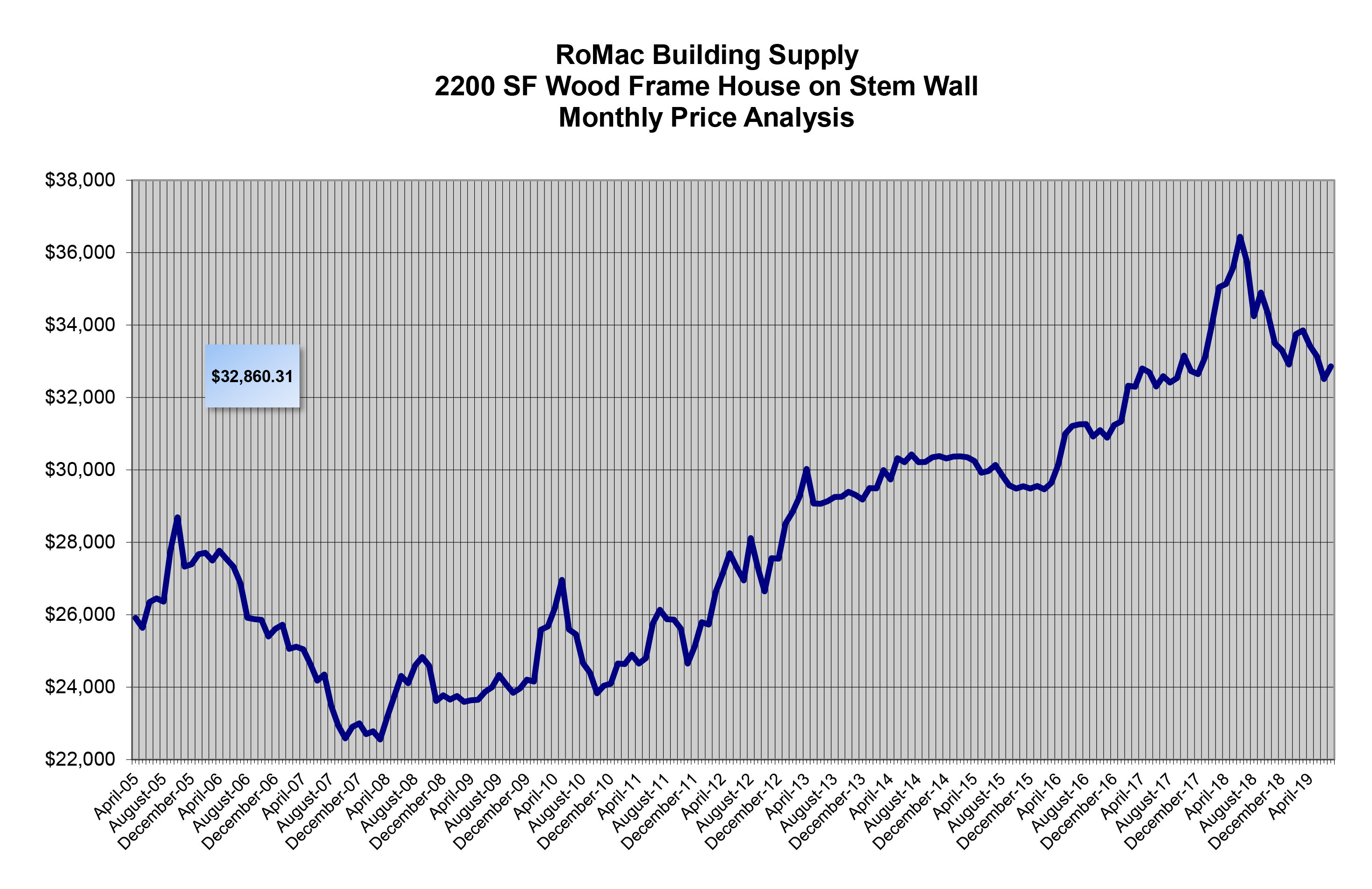 After three months of declines, the RoMac Building Supply Whole House Commodity Index for mid-July increased 1.1 percent to $32,860. Increases in dimensional lumber fueled by significant curtailments in production in Canadian spruce, plus tenuous increases in roofing and OSB in preparation for hurricane season, were the primary drivers of the move upward. Overall, housing demand remains unimpressive and it appears inconsistency in market demand is beginning to permeate many regions. Little doubt, the economy appears to be losing steam. It remains to be seen if an active hurricane season could prop up pricing in the commodity markets.

The following are the notable price movers over the last 30 days:

If the housing markets continues to ebb and flow on the weaker side over the next quarter or so, pricing will struggle to hold at all levels. An active hurricane season could artificially raise prices for three-to-six months. So, builders must be mindful in pricing projects for later this year. There is little doubt, manufacturers are doing everything they can to manipulate pricing upward, including shutdowns and curtailments.

Builders would be best advised to lock in pricing for projects instead of trying to beat down pricing up front. Keep one eye on the markets and the other eye on the sky—both will impact you.

The RoMac Building Supply Whole House Commodity Index is based on wholesale costs of the base components to build a 2,200-square foot wood frame home with a concrete stem wall in Central Florida. The Index includes foundation, metal, concrete, block, stucco, cement, wood framing, siding, sheathings, trusses, roofing, drywall, insulation, windows, doors, trim, garage doors, and most building hardware. It does not include décor, electrical, plumbing, mechanical, landscaping, or labor. Because the Index uses current wholesale costs, this should be a strong indicator of the direction of building prices for the next 30-45 days.

Don Magruder is the Chief Executive Officer of RoMac Building Supply in Central Florida. Go to romacfl.com to sign-up for the Index and other free market reports. To sign-up for this information via email, contact Rebecca Ballash at rebecca.ballash@romacfl.com.  Plus, for great videos and Don’s weekly column, go to www.AroundTheHouse.tv to subscribe to our YouTube channel and weekly updates.